Whether it is basement Turkish baths, the home of an immaculately dressed ghost, two fat ladies or the place Henry VIII nearly died, discover Wimbledon’s landmarks as a new footpath is unveiled this week. 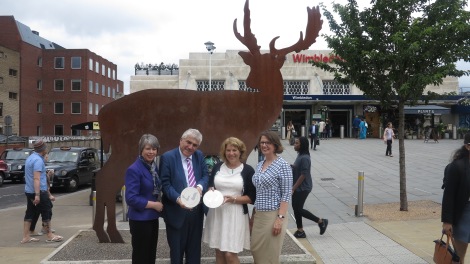 Produced in collaboration between Merton Council, Love Wimbledon and Merton Chamber of Commerce, the 2.012 km long Wimbledon Way route will be marked out with circular discs sunk into the pavement. 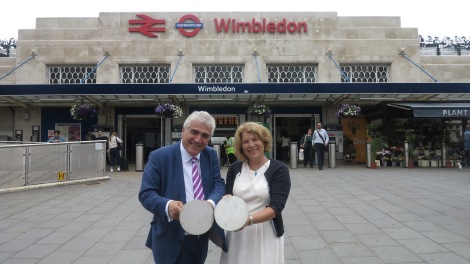 Launching this week, the route will wind its way from the renowned Polka Theatre in The Broadway, past Wimbledon Station, up Wimbledon Hill Road and into Wimbledon Village. 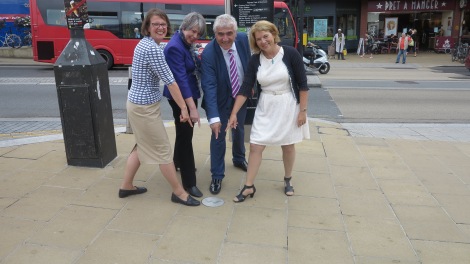 There the Wimbledon Way splits in two. The left branch goes towards Wimbledon Common and the right-hand branch to the All England Lawn Tennis Club, where the Championships will begin next week. 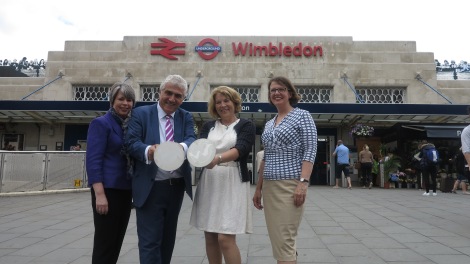 There are 27 points of interest, marked by the pavement plaques set into the ground.

Among the highlights are the original site of the All England Croquet Club (the Lawn Tennis element was added later), the birthplace of fictional Tomb Raider character Lara Croft, a haunted Victorian mansion and spectacular viewpoints over London. 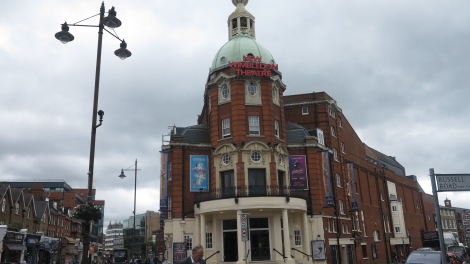 The project, which began in 2012, was supported by Merton Council and a £45,000 Heritage Lottery Fund grant.

The council collaborated with Merton Chamber of Commerce and Love Wimbledon.

Merton Council Leader Councillor Stephen Alambritis said: “The Wimbledon Way project is an exciting initiative and the council is encouraging as many people as possible to walk to this year’s Wimbledon Tennis Championships using the new route.

“The Wimbledon Way will offer residents and visitors alike a healthy and pleasurable stroll through Merton, taking in the many landmarks that make our borough so special. I’m very proud that the council have stepped in to complete the design, manufacture and installation of the Wimbledon Way discs on behalf of Merton Chamber of Commerce.

“Merton Chamber of Commerce and Love Wimbledon have worked hard to ensure visitors get a chance to see our great local shops and businesses along the way.”

Diana Sterck, Chief Executive of Merton Chamber of Commerce, the organisation which initiated The Wimbledon Way as a legacy project for Wimbledon as a result of the 2012 Olympics, said: “Wimbledon as a whole is a wonderful asset and we want people to spend time with us, visit our businesses and appreciate all of the area’s rich heritage and culture. I always say to visitors to walk the Wimbledon Way as the healthy alternative to using transport.”

Helen Clark Bell, CEO of Love Wimbledon Business Improvement District added: “The markers demonstrate the integral relationship of the tennis to the town. Using the Love Wimbledon map or the Wimbledon Way website you can clearly see the fascinating buildings and intriguing narrative from the Turkish baths to the Gold Postbox Olympic legacy. There is a secret history waiting to be discovered along this route whilst residents shop and enjoy Wimbledon.”

An interactive map can be found on the Wimbledon Way website, which allows walkers to add their own memories, stories and photographs to the online route.

To find out more, visit: