Council maintained schools in Merton are celebrating a significant improvement in A Level results, with many exceeding the national average for results this year.

A total of 86% of A Level students in the borough achieved at least three A Level passes – way above the national average in 2015 of 78.7%, and more than the 71.2% Merton achieved last year.

Every single student in the borough’s council maintained schools who took A Level exams achieved at least one pass, topping the 2015 national average of 99.6%.

Overall, 83.4% Merton’s pupils achieved an A* to C grade, which again topped the national average of 77.6%. 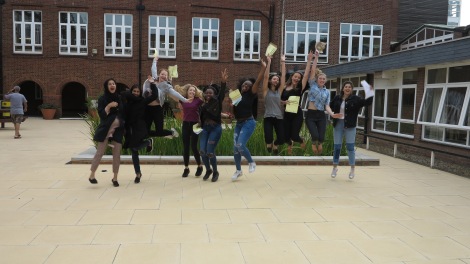 RR6 (Ricards Lodge and Rutlish combined sixth form) A total of 87.7% of pupils achieved A* to C grades, which was an improvement on RR6 2015 which was 81.8%, and above the national average.

Cabinet member for education, Councillor Caroline Cooper-Marbiah said: “Congratulations to all the students for their excellent A-level results. It is fantastic to see so many going through our school system. I wish them all the best for the future in their chosen careers. I am very proud of the excellent schools we have in Merton”

The figures quoted above are for council maintained schools rather than St Marks Academy  and Harris Federation run schools (Harris Academy Merton and Harris Academy Morden). At the time of going to press, their results were not available.