Cheering fans lined the streets of Wimbledon on Sunday, July 3, to celebrate AFC Wimbledon’s promotion to League One. 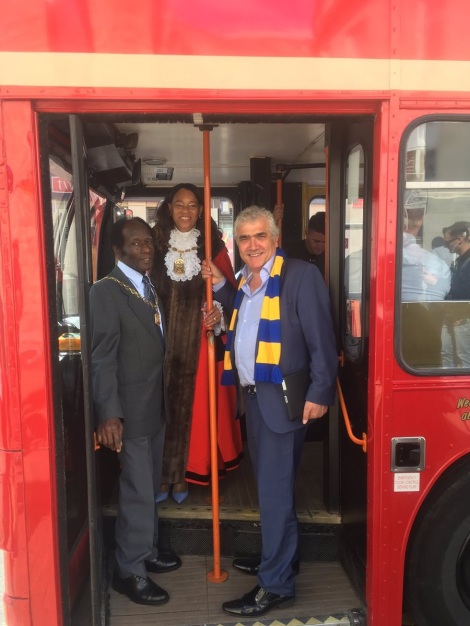 An open top bus carrying the first team squad,  club’s management, the Mayor of Merton and Merton Council’s Leader paraded through the packed streets of Wimbledon where they were met with a sea of blue and yellow.

Both the Mayor and the Leader  addressed the crowds with the Mayor naming the club ‘the pride of Merton’.

The council unanimously approved the stadium in December 2015. 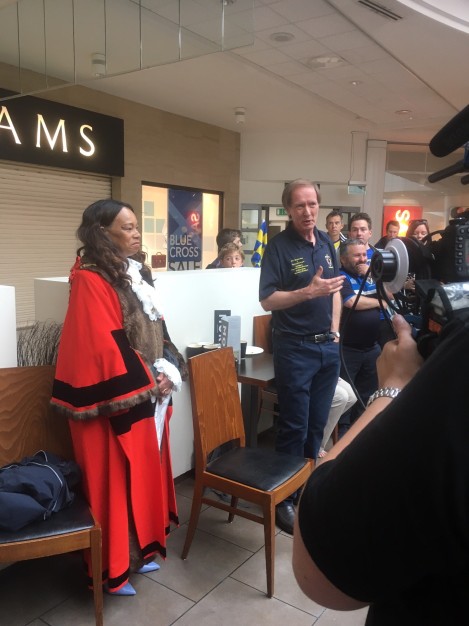 The bus laden with club’s management, as well as Councillor Alambritis, the Mayor of Merton Councillor Brenda Fraser and players, toured from Wimbledon Village to the town centre, where the Piazza in The Broadway was packed with cheering fans who turned out to congratulate their club.

The victory parade organised in partnership between Merton Council and AFC Wimbledon, was followed by the launch of AFC Wimbledon’s new kit in Centre Court Shopping Centre.

Councillor Alambritis said: “It was an absolutely fantastic day and I want to congratulate AFC Wimbledon once again on their success.

“Merton Council was delighted to help organise the successful event and we are very glad so many fans turned out to support the club on the day.”