A volunteer and councillor living in Merton has been awarded an OBE in the Queen’s Birthday Honours.

Cllr Agatha Akyigyina, who has been volunteering for more than 30 years, thought someone was playing a practical joke when she first opened the letter.

“It’s not the sort of thing you’d expect to get through the letterbox, is it?” says the mother of two who has been a councillor in Mitcham for the past ten years.

Her first volunteer role was supporting young parents with babies as part of Home Start and several of the mothers went on to become volunteers themselves. 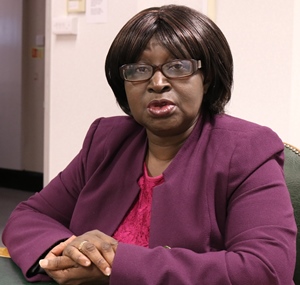 “I’d encourage anyone to try volunteering. It’s very rewarding and you often get as much out of it as the person you are seeing. A couple of hours a week can make a big difference to someone’s life.”

The former Mayor of Merton has also been a school governor, a committee member of North East Mitcham Community Centre, a support worker with St Mark’s Family Centre and a street pastor.

Agatha added: “I believe the more you give, the more you get back. I have always seen life as an adventure. There’s no point holding back. “

She is waiting for her date at Buckingham Palace and news of which Royal will be handing out the gongs.

“I’m still trying to find out who put me up for this but it’s a lovely surprise and I would like to thank all my colleagues and the community for their support. One elderly resident heard the news and started crying.

“He said it couldn’t have happened to a nicer person and that meant as much to me as the OBE. My late husband would be over the moon.”