Merton Council is to hold a special service at Mitcham War Memorial, on Lower Green, to commemorate the bravery of local resident, Acting Second Lieutenant, William Allison White and to mark the 100th anniversary of the action for which he was awarded the Victoria Cross. 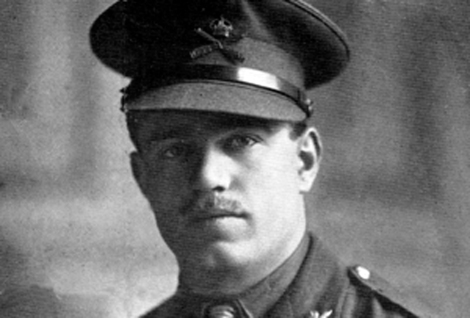 The ceremony is to take place on 18 September from 2pm and will be led by Reverend Father David Pennells, Vicar Mitcham Parish Church. Councillor Mary Curtin and Deputy Lieutenant Clare Whelan OBE, will unveil a memorial stone in William White’s honour.

Residents are welcome to attend the service where they will hear White’s life story, First World War poetry, hymns and prayers of remembrance. Reverend Father David Pennells will bless the commemorative stone and a wreath will also be laid at the memorial.

Mayor of Merton, Councillor Mary Curtin said: “We will gather on 18 September to remember William White, a former resident of Mitcham and one of two solders, born in the borough, to have received the Victoria Cross. This is a service for the local community to honour a local man.”

Merton’s Deputy Lieutenant, Clare Whelan OBE said: “100 years ago William White performed an act of valour which not only prevented further Allied casualties, it also contributed to the success of British military operations. This ceremony will be a very fitting memorial to a Merton man who showed incredible bravery risking his life for his country.”

Merton council cabinet member for community and culture, Councillor Nick Draper said: “As we mark the centenary of World War One, it is fitting that the bravery of William White is commemorated in his birthplace of Mitcham. The memorial stone will provide a lasting tribute to Acting Second Lieutenant White at Mitcham War Memorial and I encourage as many people as possible to attend the ceremony.”

This commemorative event is part of the government’s campaign to honour Victoria Cross recipients from the First World War. Further information about William Allison White VC can be found on Merton Council’s Carved in Stone website.